Buddy Blocks are modular construction toy blocks that connect in four different ways. They're designed to be used with recycled materials such as paper towel and toilet paper rolls to encourage creative expression and building in children aged 5 to 7.

Buddy Blocks can be connected together or to toilet paper and paper towel rolls. These blocks have four tactile options to connect to other blocks and rolls. This includes studs (and holes), patterned velcro, rails, and roll connectors, yielding a wide variety of possible end results! 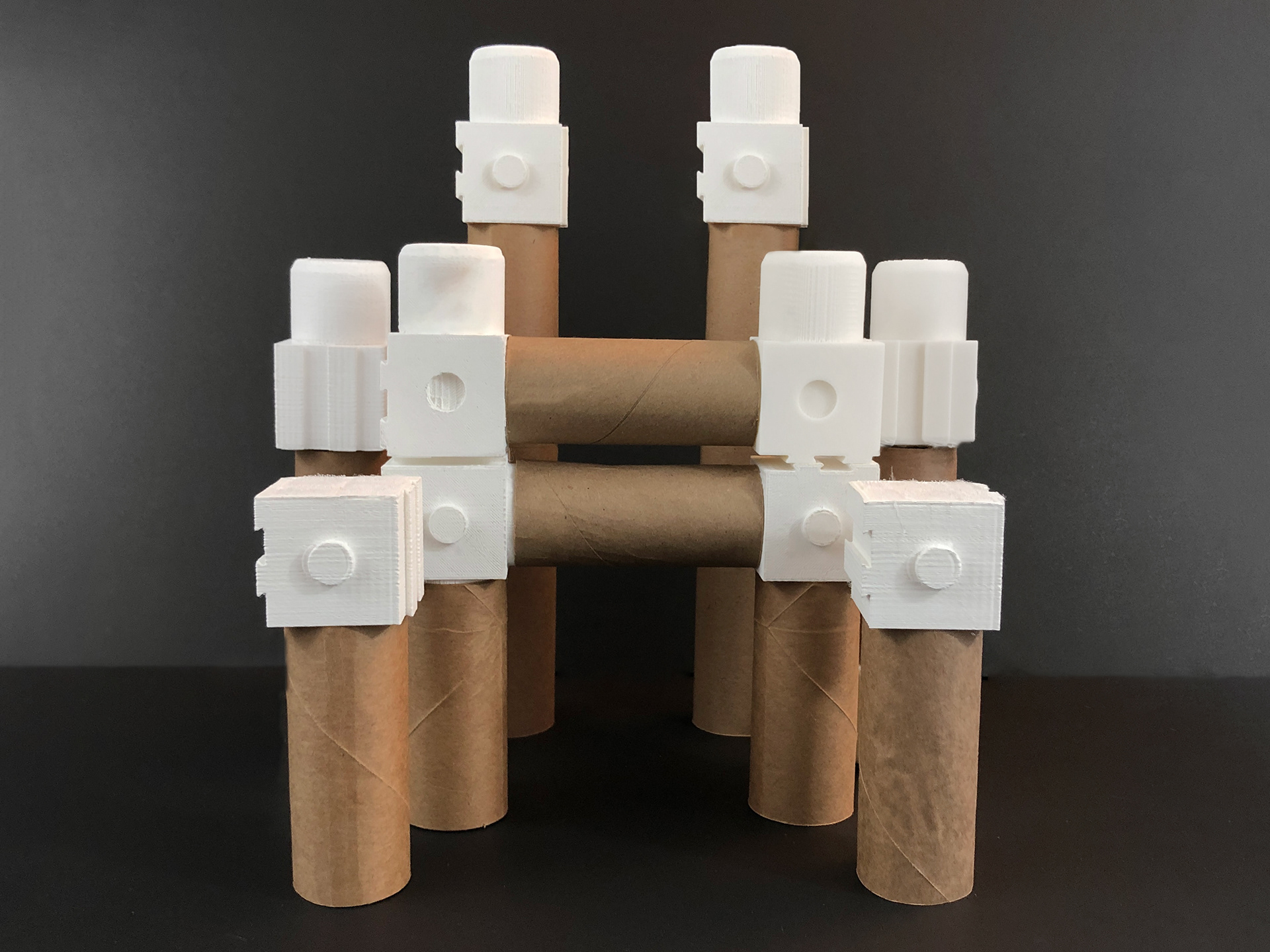 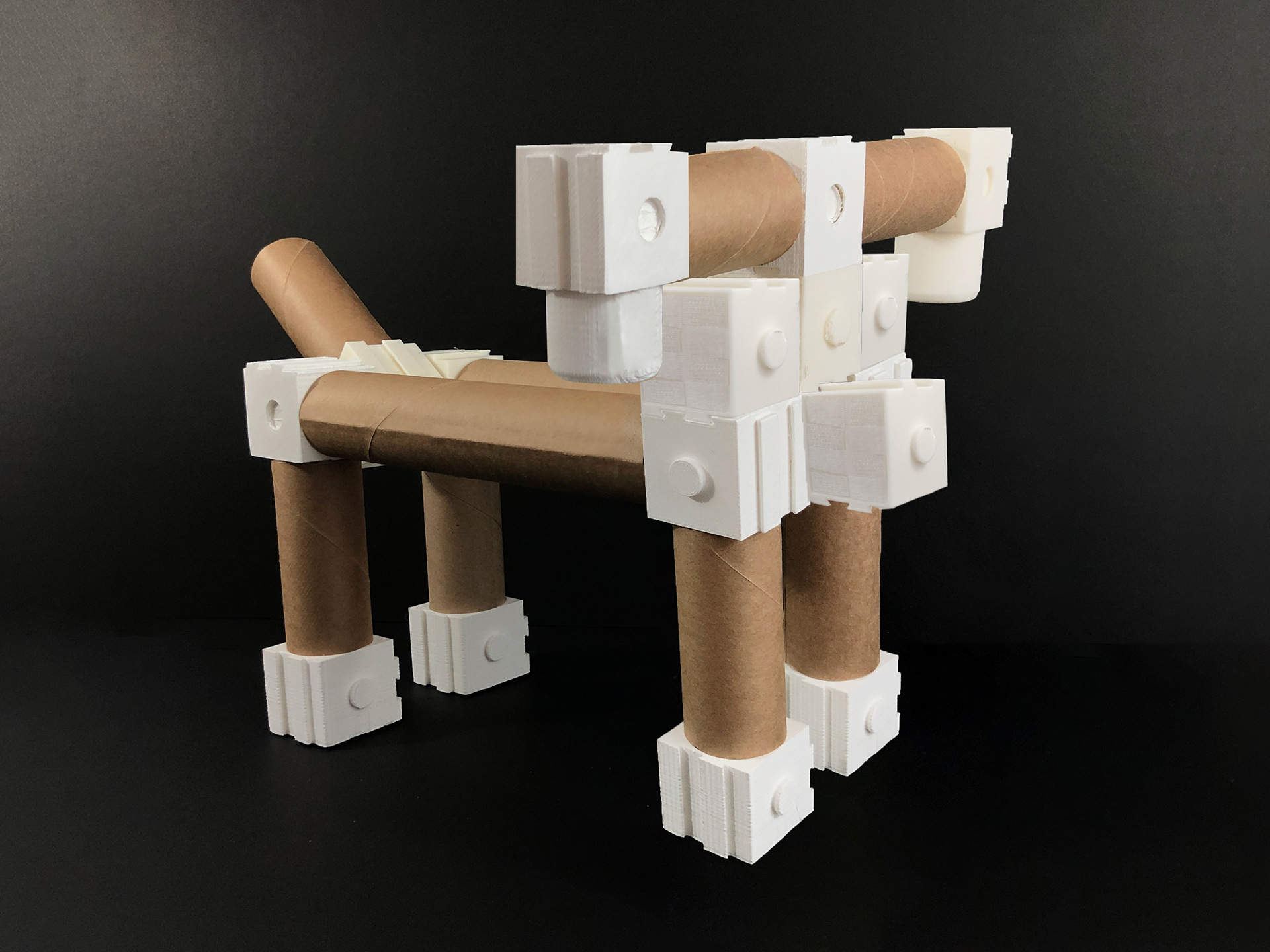 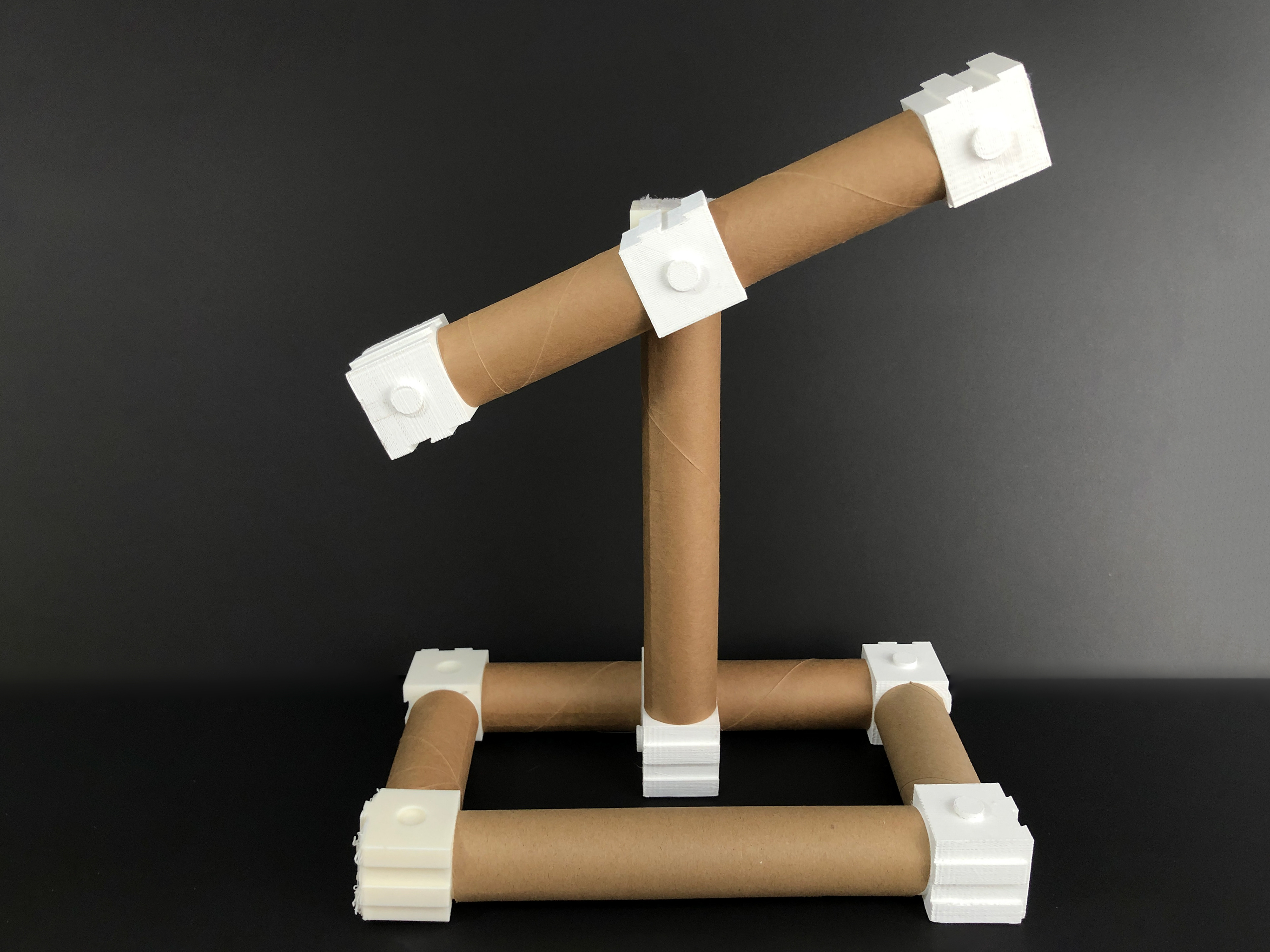 The kit includes multiples of the four connector blocks, an instruction manual with possible builds (such as the castle, dog and windmill pictured above), and some recyclable cardboard rolls. The nature of this kit encourages children to collect recyclable materials such as paper towel and toilet paper rolls, to expand their kits.

This toy is designed to develop combined fine motor skills and dexterity for children aged 5 to 7. The colours used and the nature of the toy could be considered gender-neutral and used by all genders.
Process Work
This project was developed in the context of a Third-Year toy design class with Oliver Heimbach.
Our process started with some research on the target demographic and the industry, including a white space analysis. This produced two concepts. We drew inspiration from active imagination, free-play toys, which give users the freedom to build creatively. The first concept explored blocks with various connection methods on different sides including velcro, magnets, and studs. The second concept explored using a connector piece and recycled materials such as paper towel rolls and toilet paper rolls. Both concepts were combined to create four blocks that include velcro, stud and roll connectors to be used alone or with recycled rolls. 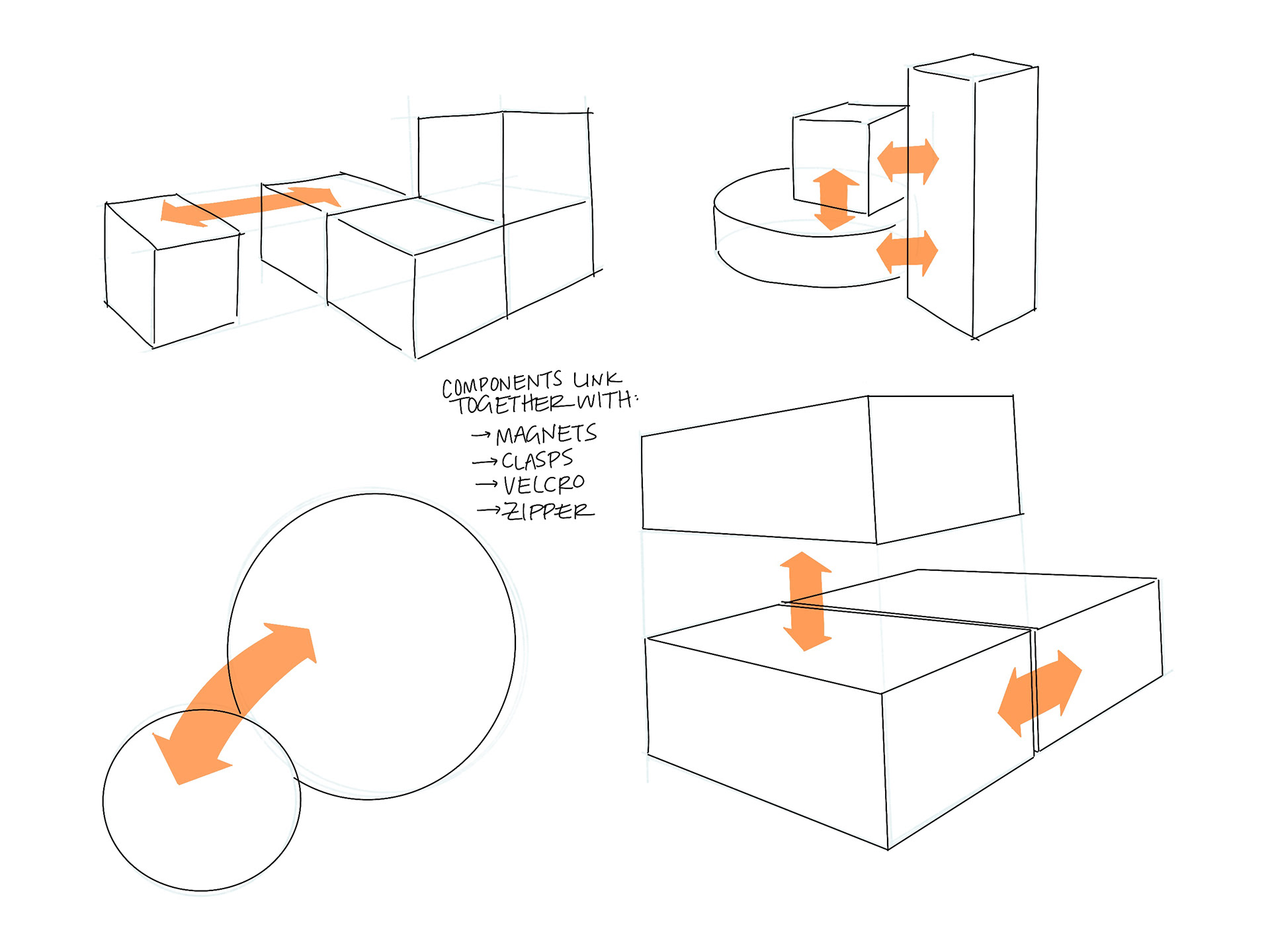 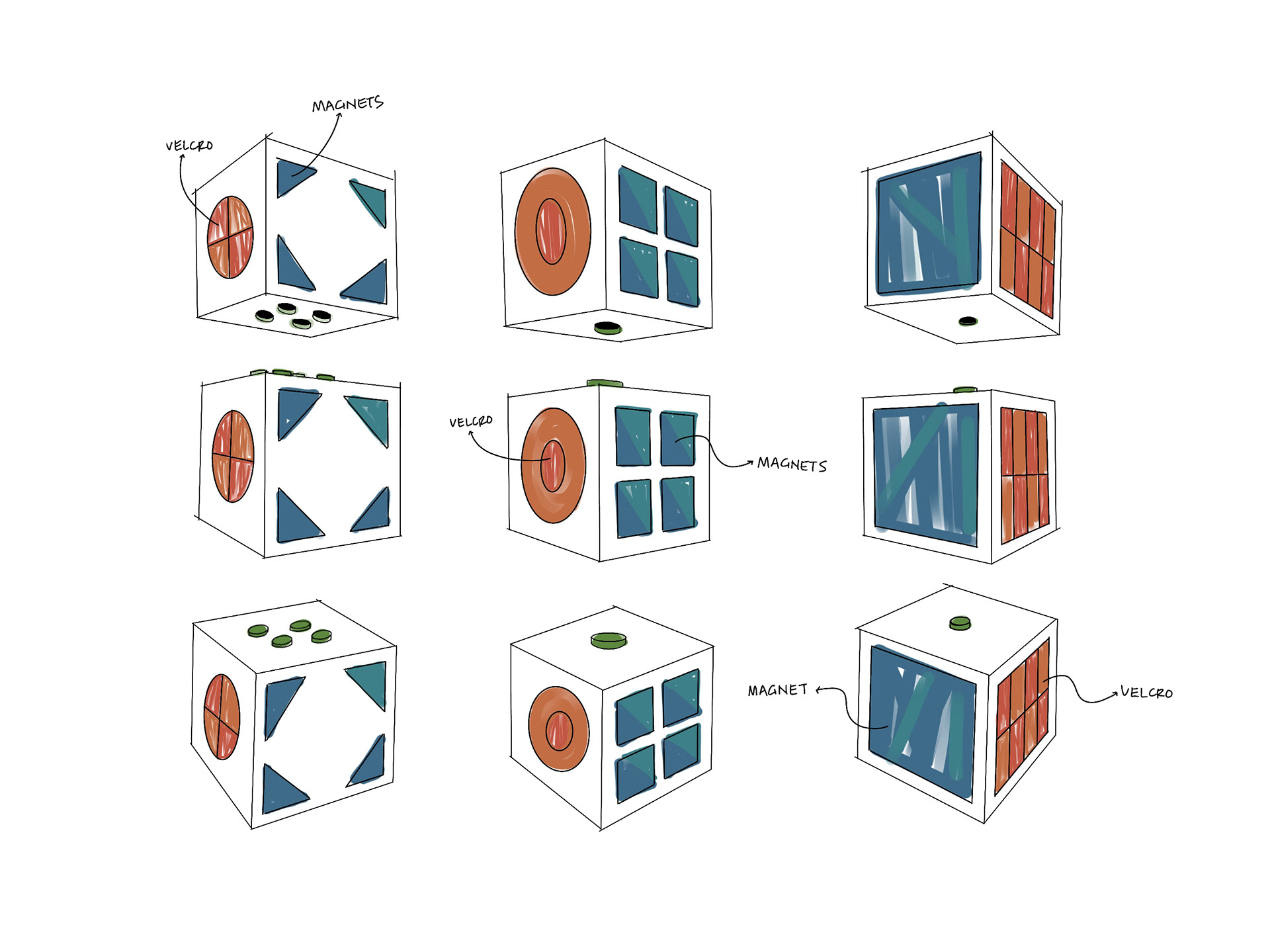 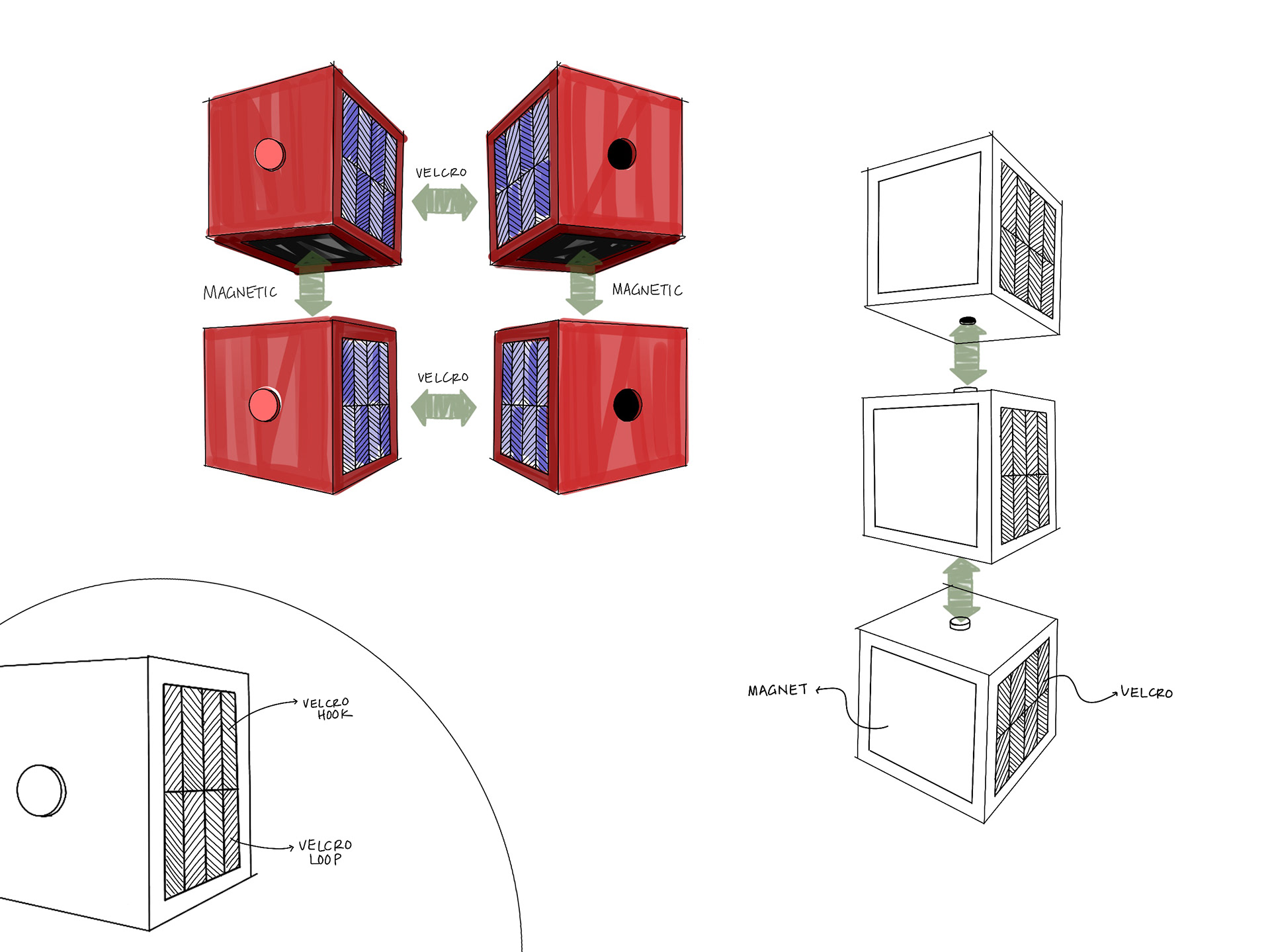 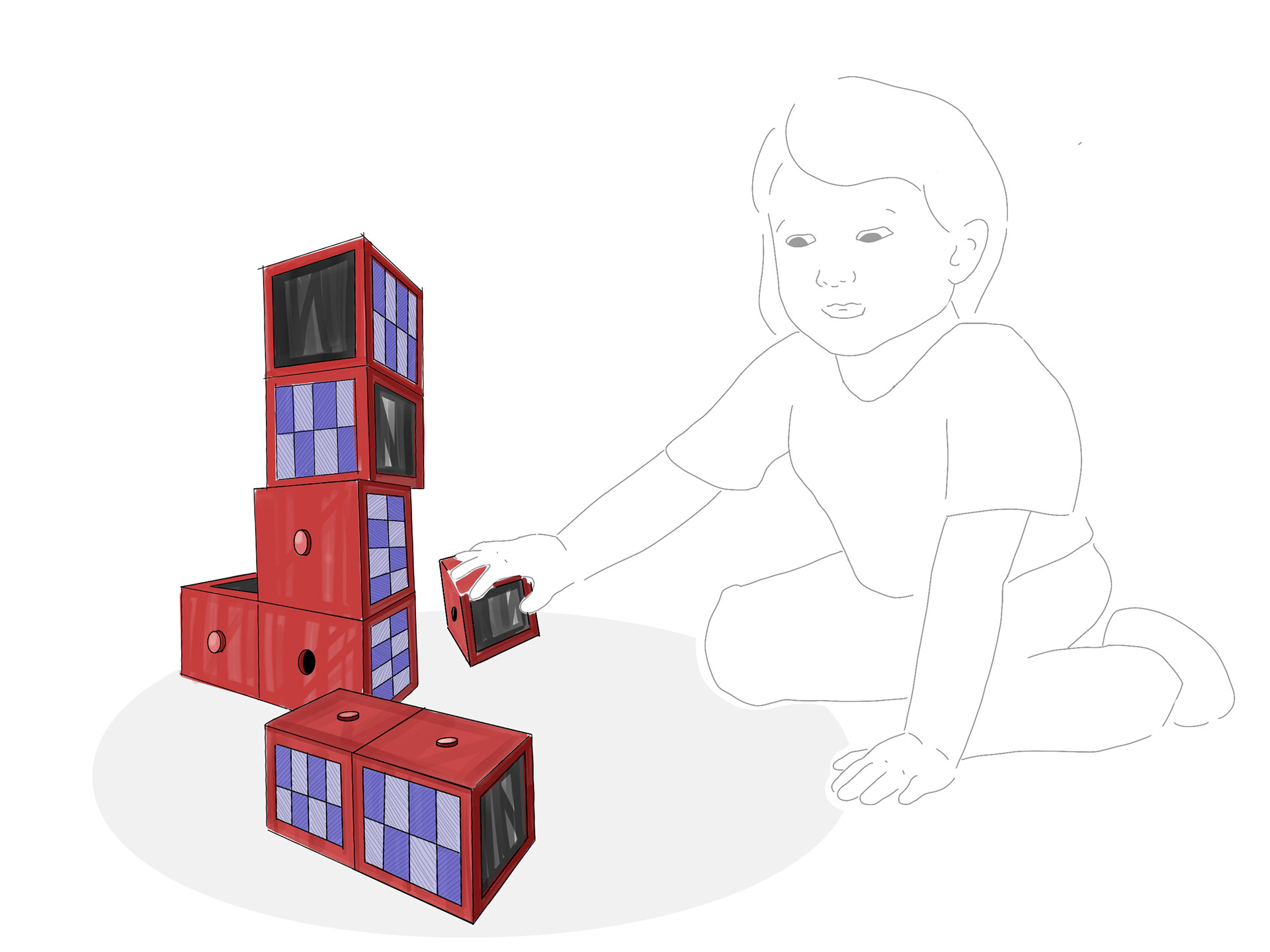 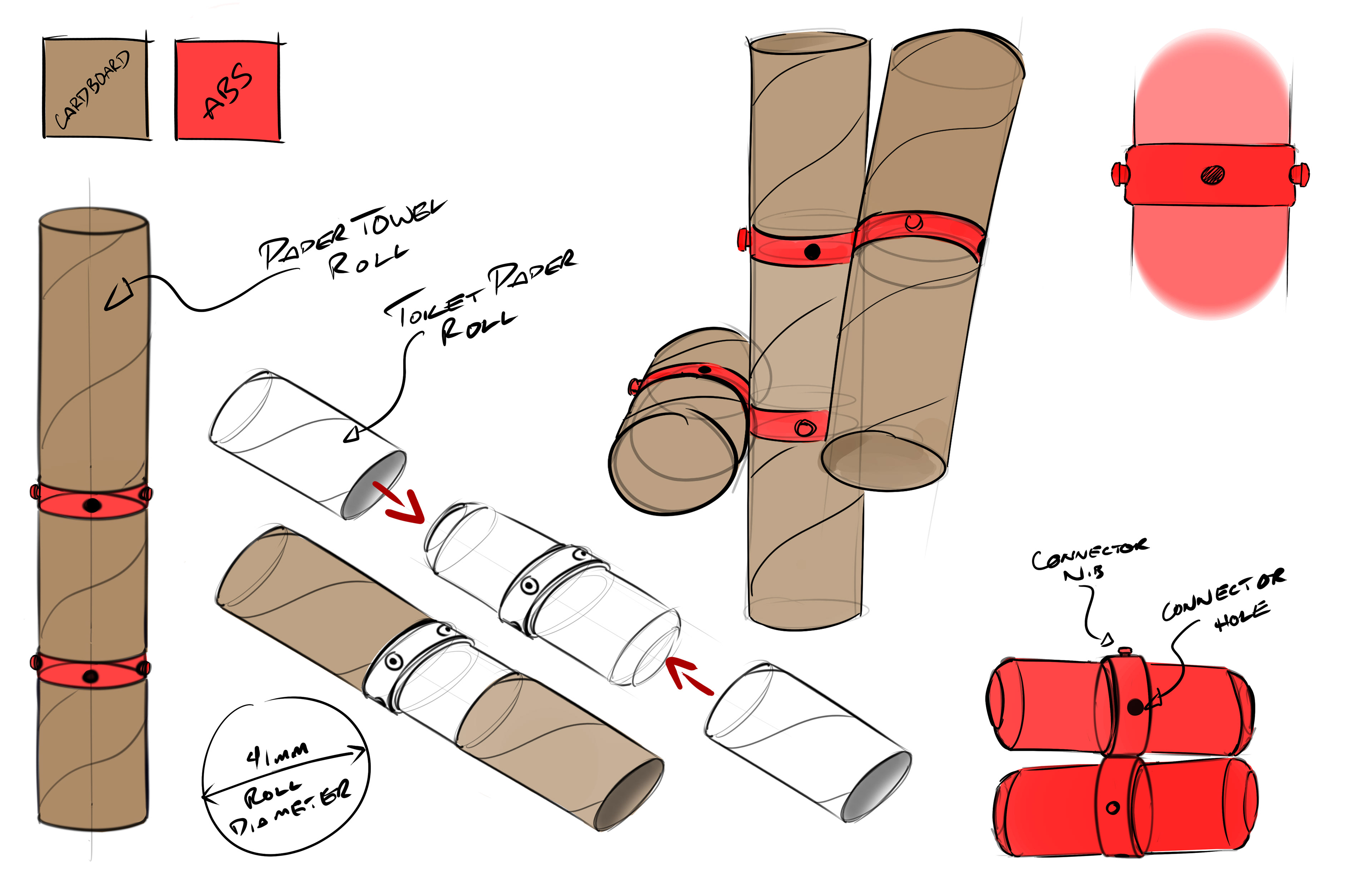 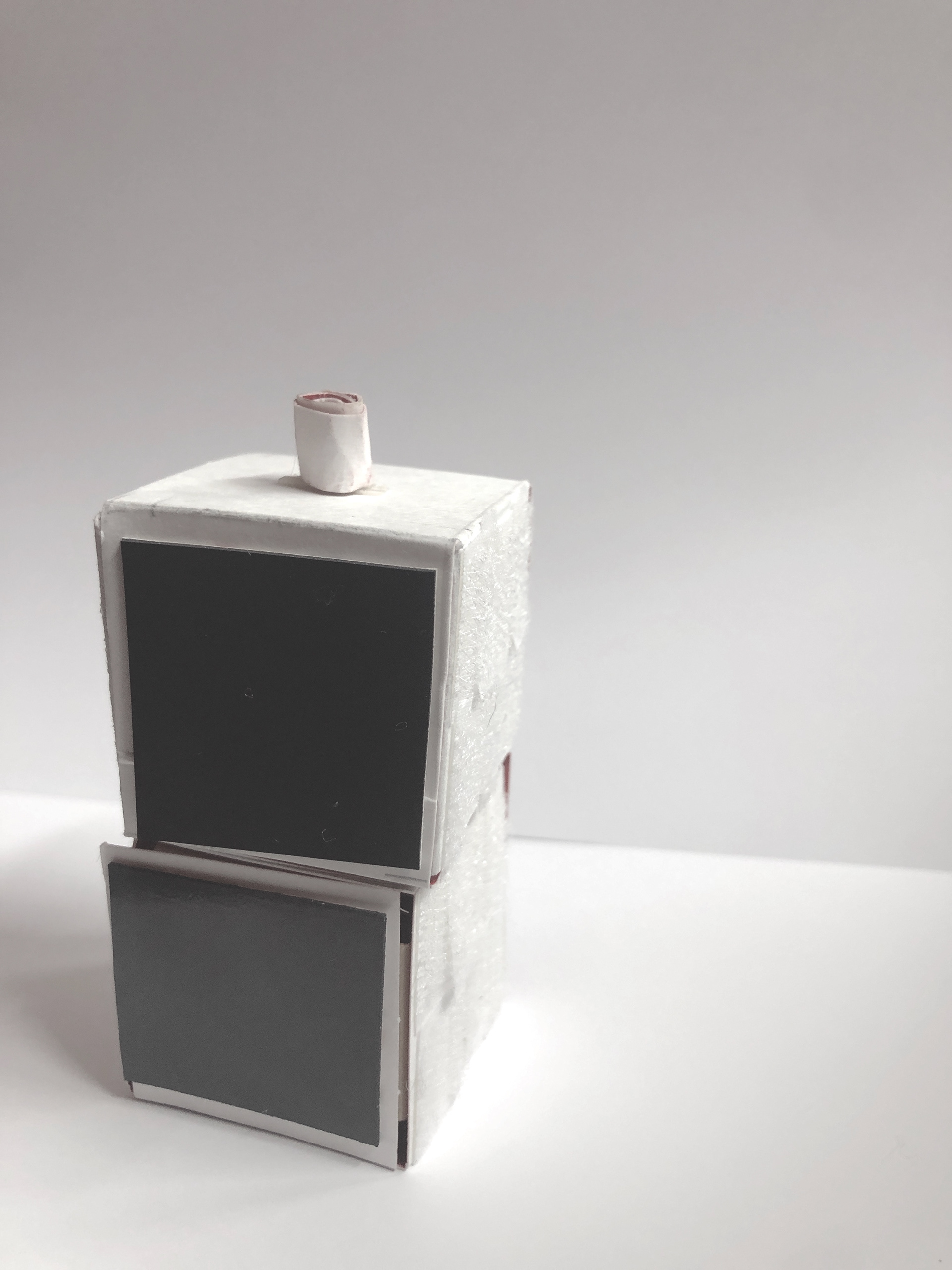 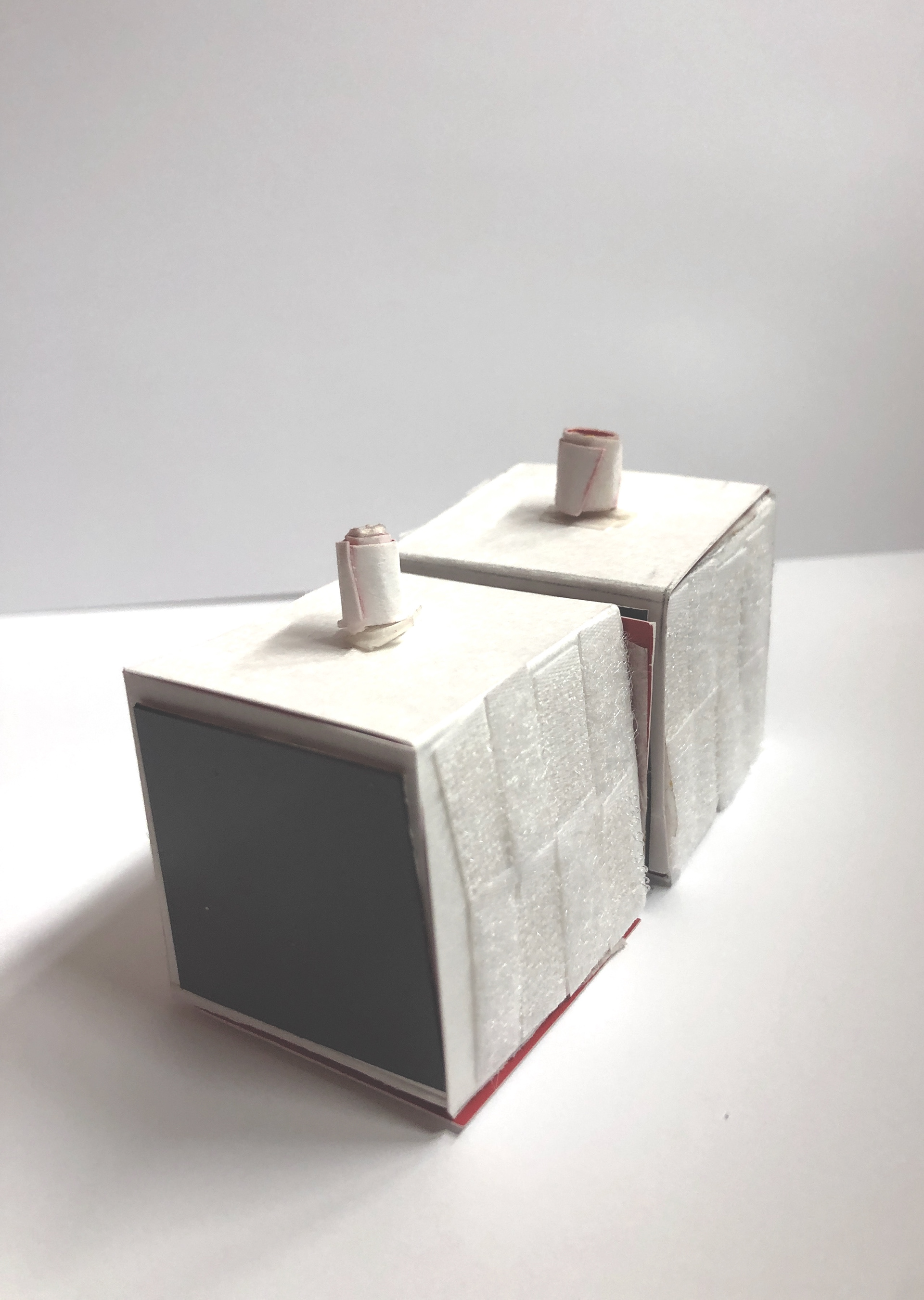 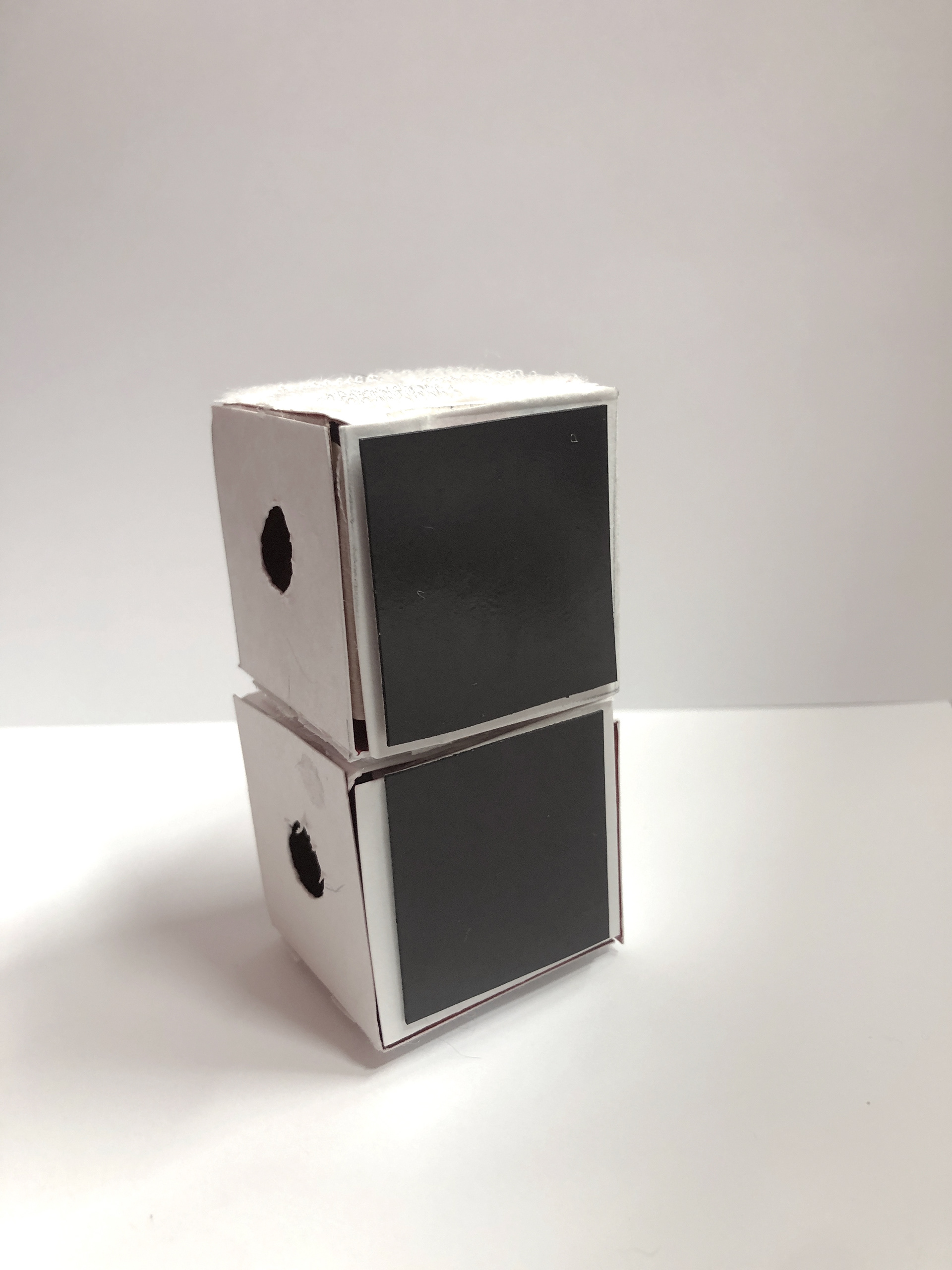 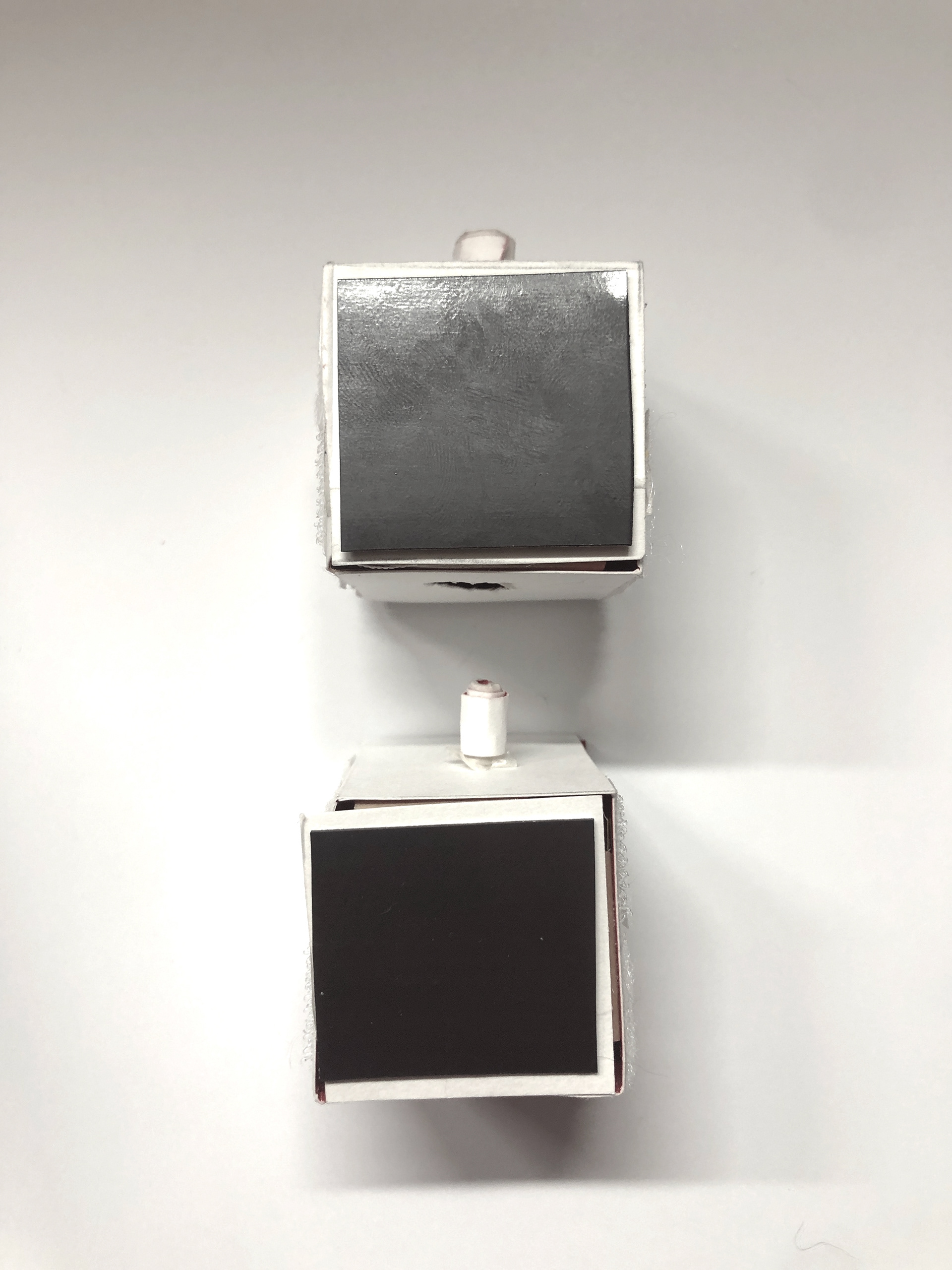 The block prototypes were drawn up in Solidworks, 3D printed and assembled using toilet paper and paper towel rolls. 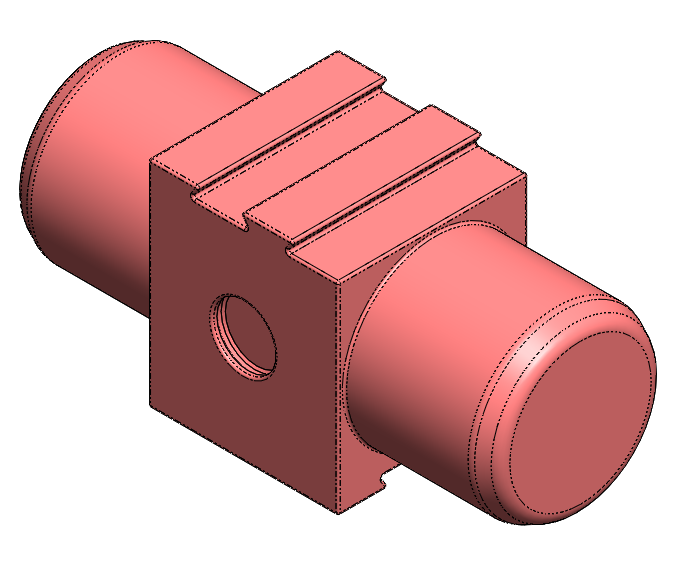 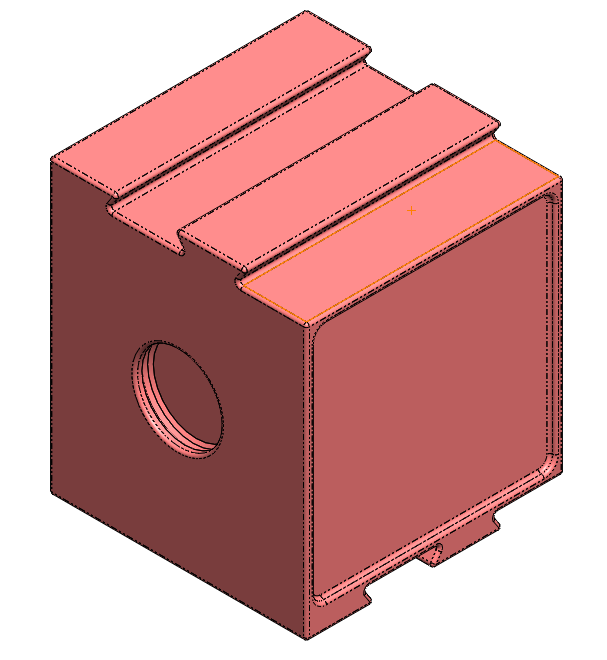 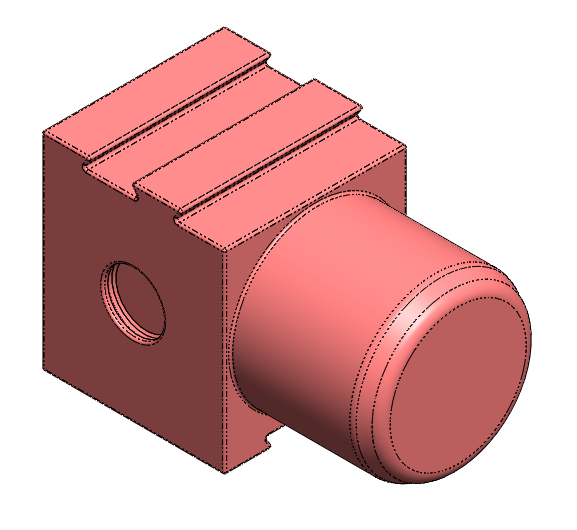 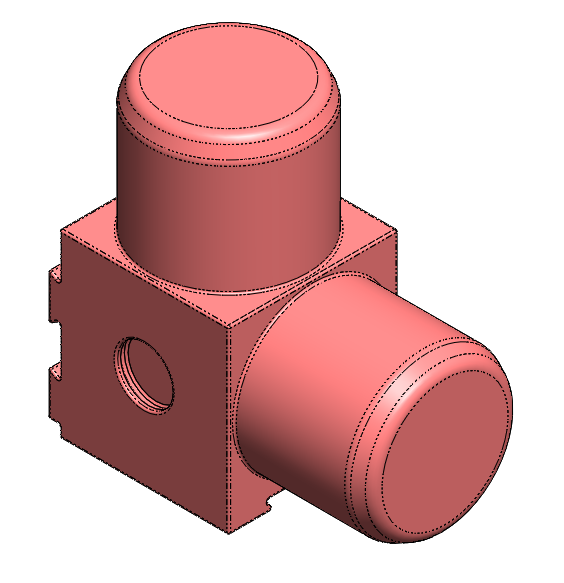 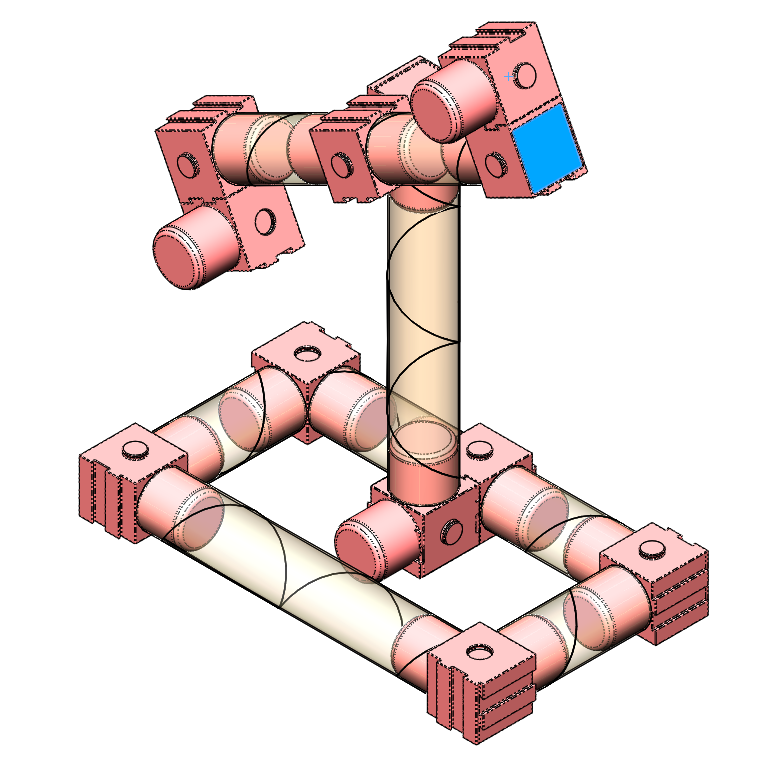 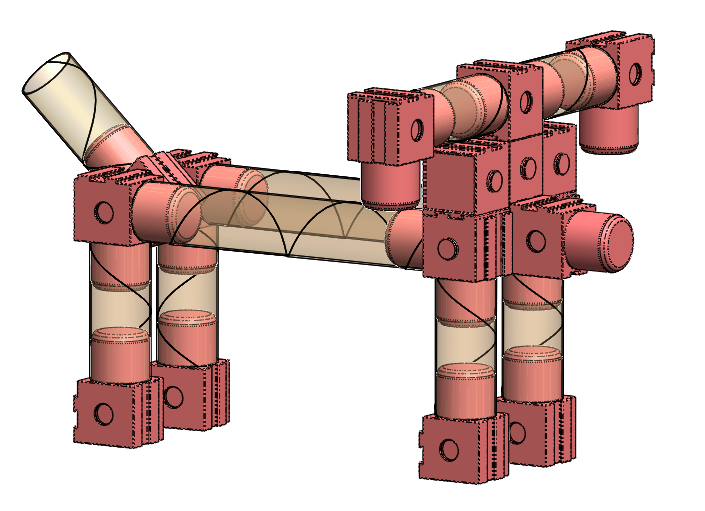 School of Industrial Design | Carleton University | Year 3
↑Back to Top