These concepts were created to visually represent the college's four core values: Excellence, Audacity, Integrity and Confidence. The concept behind these pieces was to create an interaction with the viewer and to have them envision themselves in the place of the red "pixel" represented on each value concept below. The concept of pixels represents the college's focus on applied arts and technology ("La Cité: collège d'arts appliqués et de technologie").
This project was presented by the college as a competition between graphic design students. Our concept won the competition and was brought to life via vinyl print on over 20 surfaces within the college.

The red pixel representing "Excellence" was placed under a graduation cap, representing the goal of graduating from the institution.

The red pixel representing "Audacity" is placed apart from the mass of yellow to show that someone who is audacious stands out from the crowd, which is what the college aims for with their students.

The red pixel representing "Integrity" is placed as one of the highest points on the visual, which represents a growing cityscape - a college community that is built on integrity.

The red pixel representing "Confidence" is surrounded by other pixels, showing how supported students are within the college community.
These four designs were printed on large vinyls and placed in various areas throughout the college at the main campus in Ottawa. 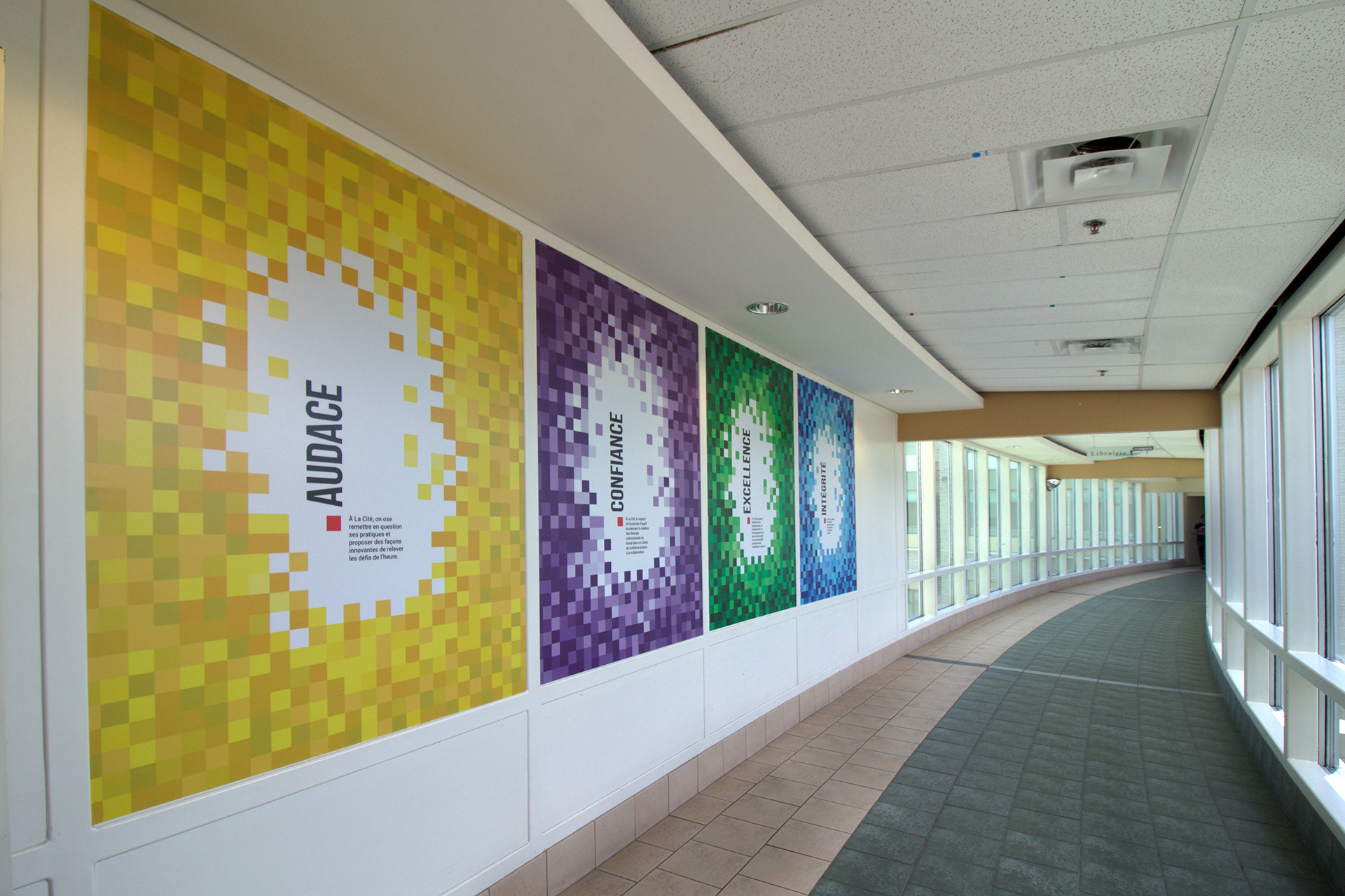 All four vinyls on a wall in a hallway. 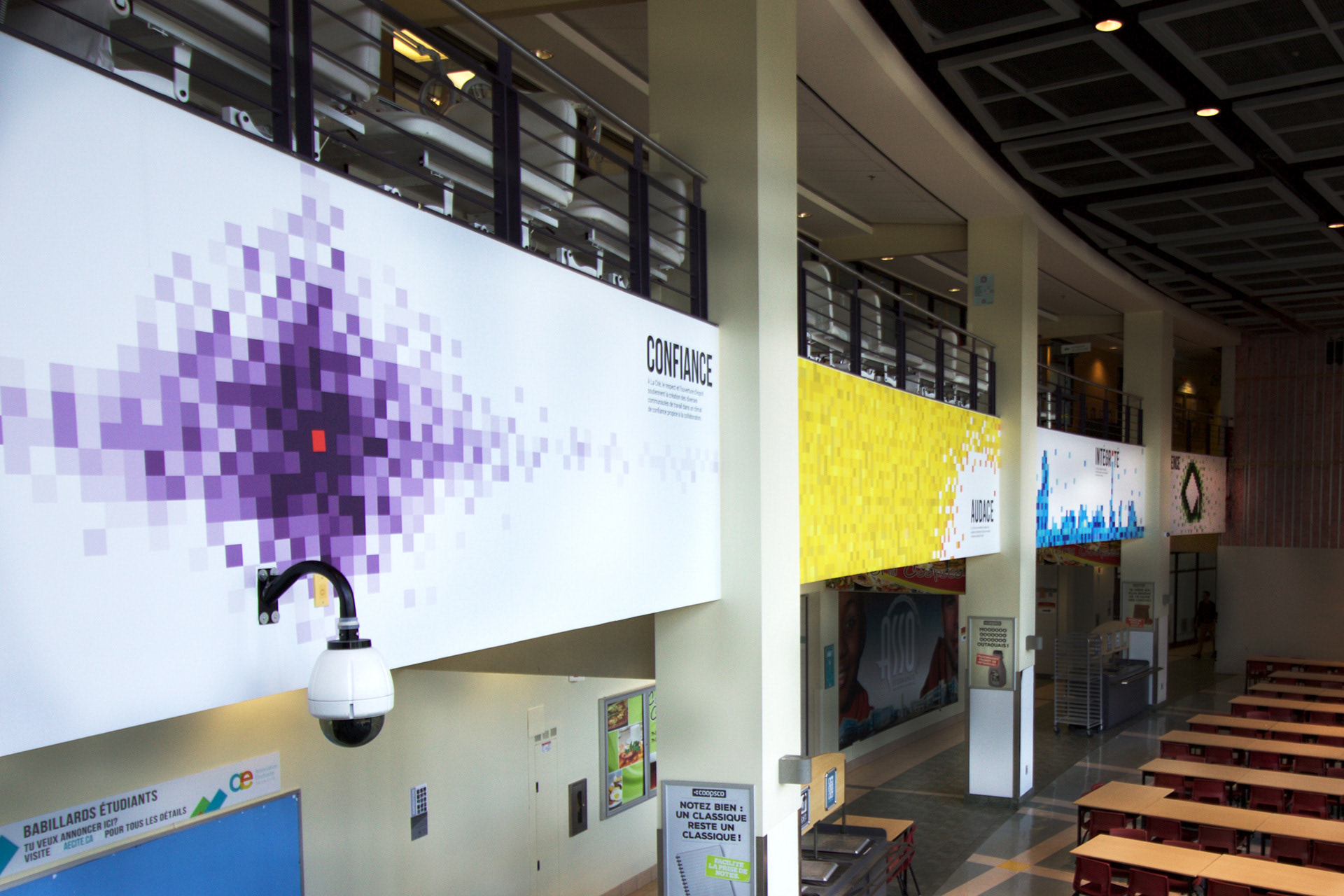 All four vinyls on a wall in the cafeteria. 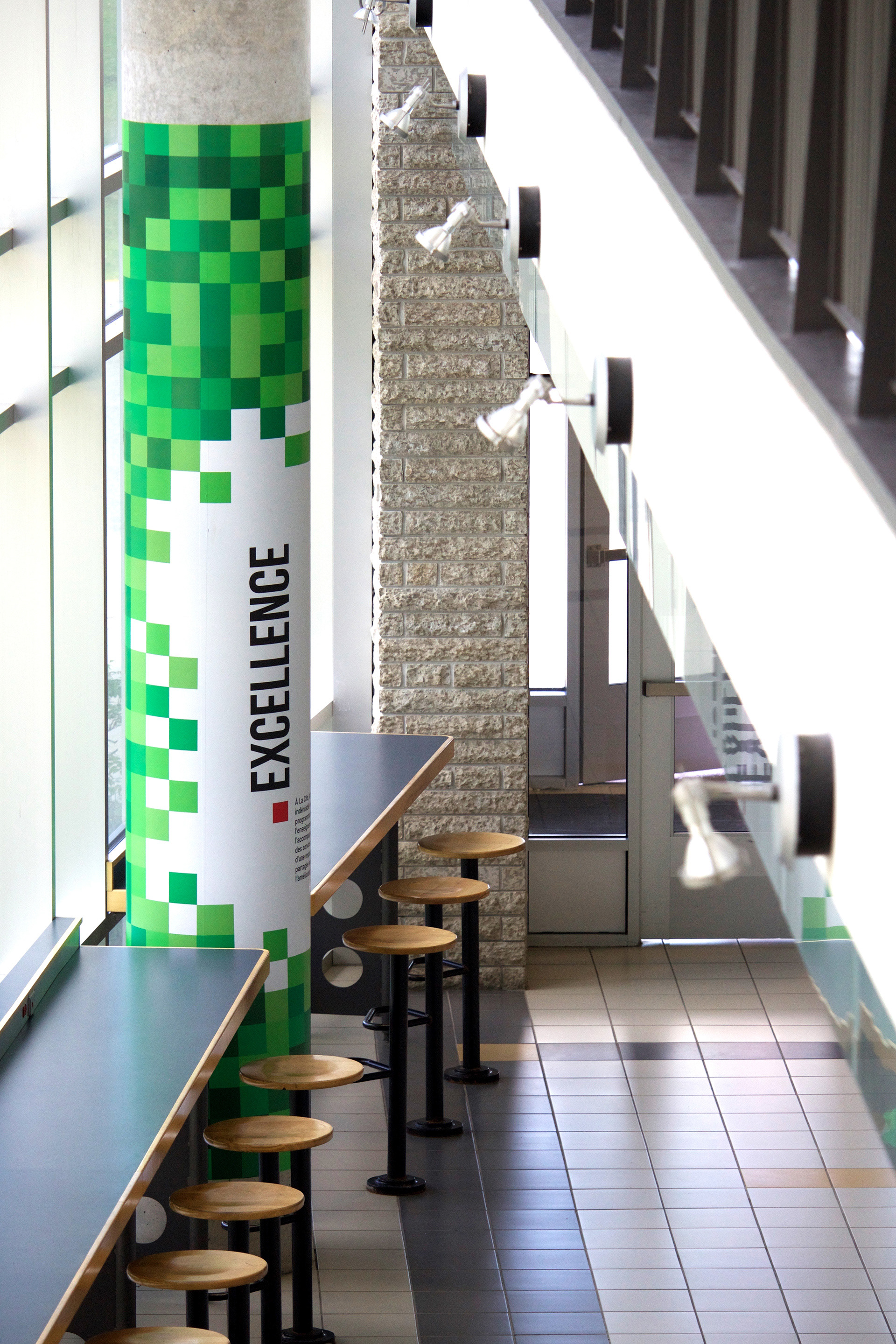 Excellence vinyl on a column. 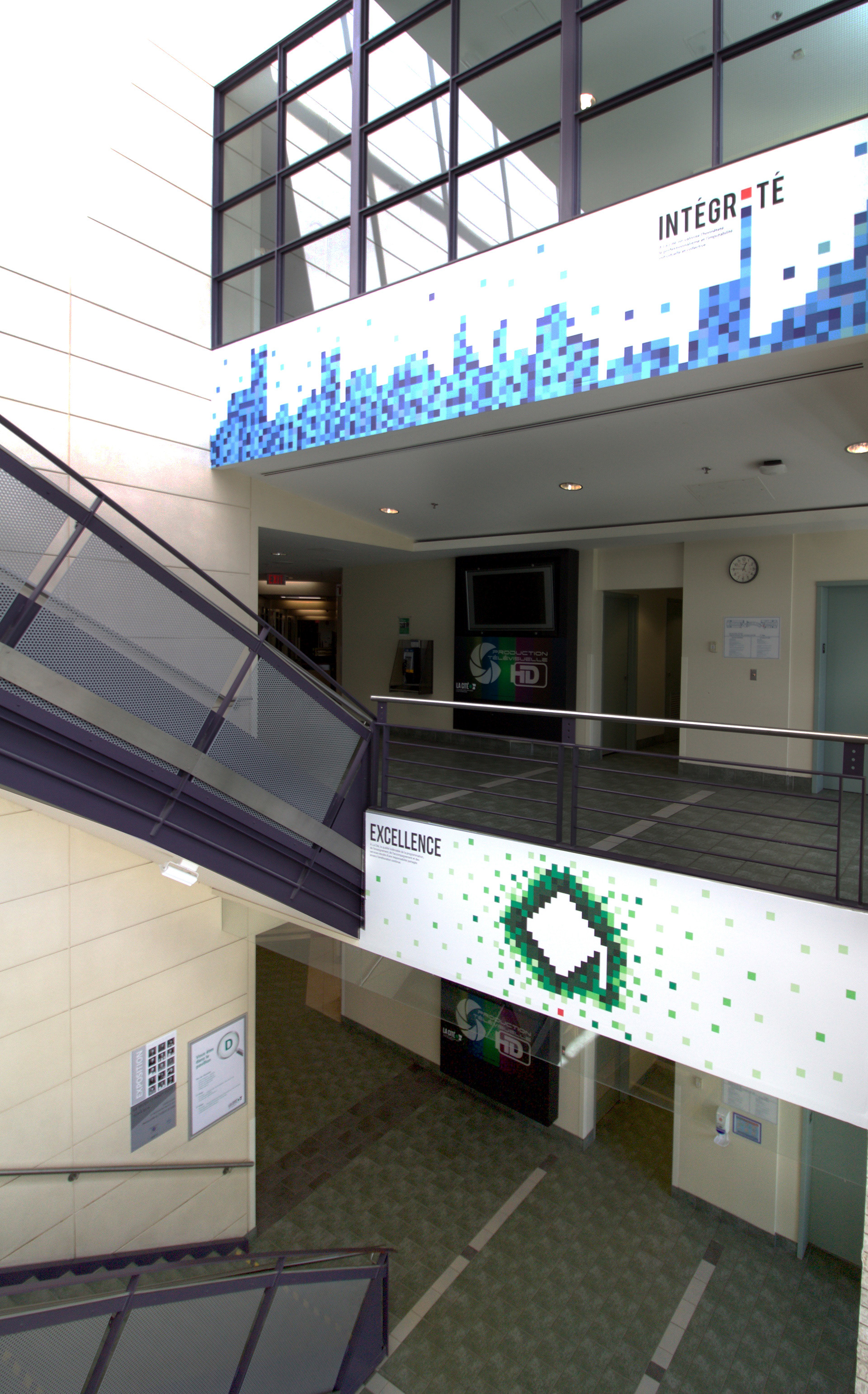 Integrity and Excellence vinyls on walls. 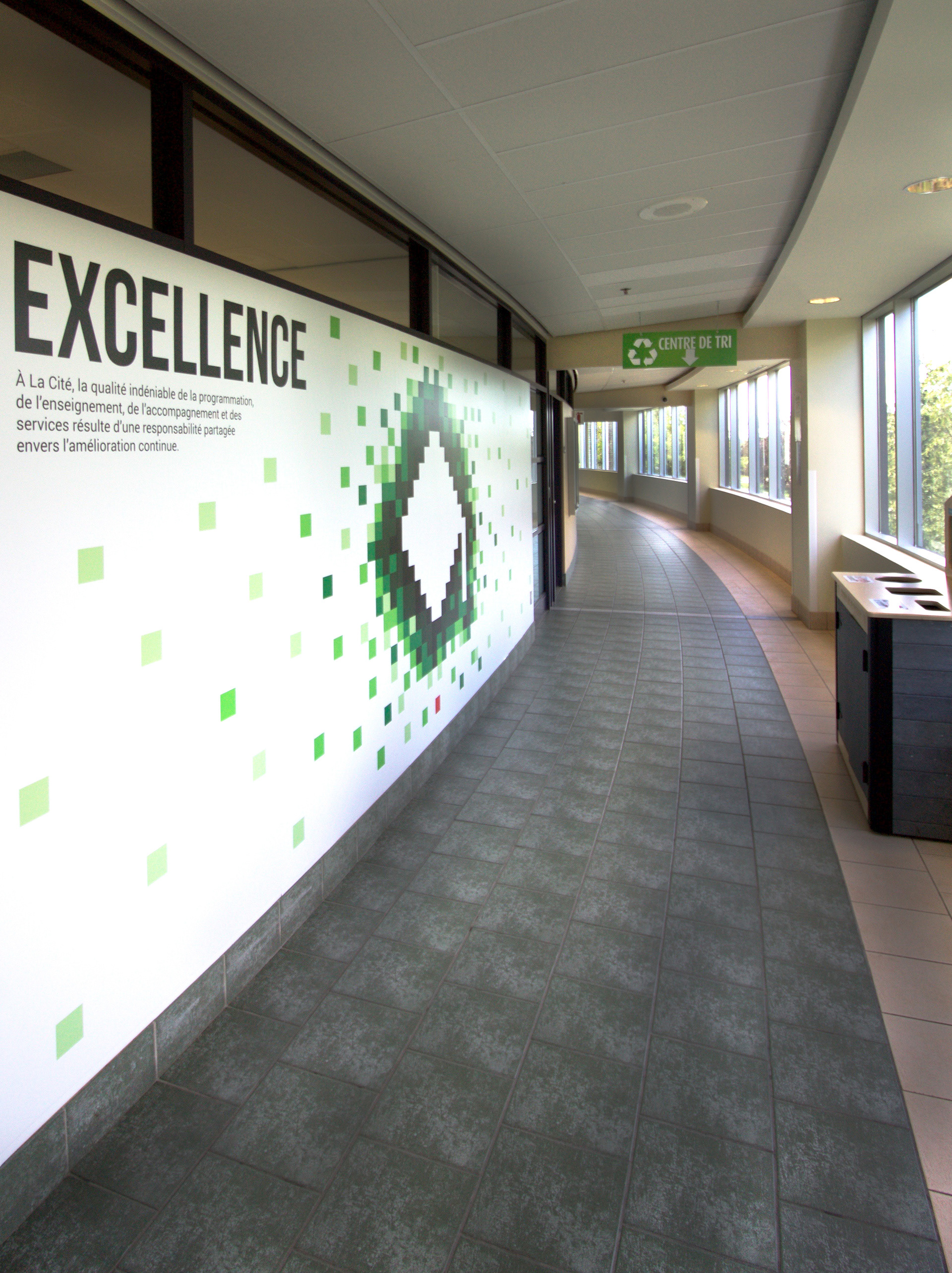 Excellence vinyl on a wall in a hallway.